The Golf Academy at Newport Golf Club offers a fantastic state-of-the-art facility which is regarded as one of the best in South Wales.  Members, students and guests are able to learn and hone their golf skills in a friendly and relaxed environment. The Academy has amazing training facilities utilising the latest technology to help golfers progress their games to the next level.

In my opinion coaching is about creating an environment that facilitates learning and performance for the student.  This is achieved by creating a holistic and measurable approach to a students learning which allows the student to have greater self awareness and enable them to self manage their game.

We are passionate about helping you play better golf.  Every golfer enjoys the game more when they're hitting good shots and playing well.  This is our mission for you.

Through our experiences in the game, our continual professional development and PGA education, we appreciate that every golfer is different.  That is why we offer a range of lessons and packages to suit everyone.

Paul became the Head PGA Professional at Newport Golf Club in April 2016. He started his career in golf in 1997 under the tutelage of Peter Evans at Royal Porthcawl Golf Club and qualified through the National Training Academy at the Belfy in 2004. Paul has played an integral part in the organisation and running of many high profile tournaments including T
Book a Lesson Book a Fitting 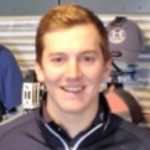 Scott started working at Newport Golf Club in May 2016. He is currently in his 3rd year of the PGA’s Foundation Degree in Professional Golf.  Scott is developing a reputation as an excellent coach and is a certified Ping club fitter.
Book a Lesson Book a Fitting

I booked my first lesson with Paul following a recommendation from a one off playing partner in late 2020. After my initial email enquiry, Paul reached out over the phone within a matter of hours to introduce himself and discuss my game/what prompted me to enquire. This personal approach has been present throughout the subsequent lessons and communication has even remained during lockdown. The lessons themselves are thorough and informative without being overwhelming with too much golf jargon.

Whilst we investigate, please read our page on the email whitelisting and ensure you've added me to your Safe Senders list